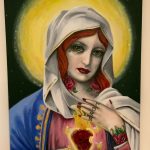 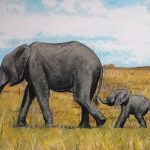 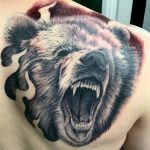 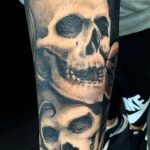 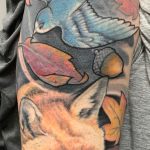 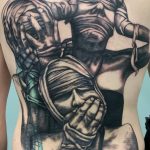 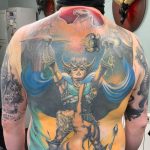 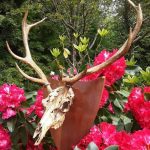 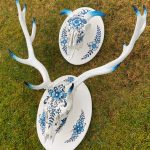 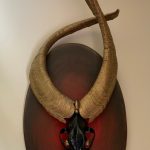 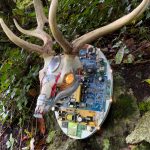 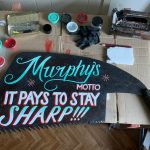 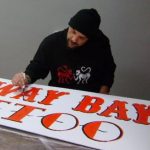 Stephen has owned and operated Galway Bay Tattoo @ Galway Bay Galleries with his wife and partner Nancy Klein since 2011.

In that time they have hosted many artists from different backgrounds and disciplines, alongside two resident artists.

Previous to this Stephen had travelled and worked in several places including Banaff Canada, Edinburgh, Scotland, Oatland, U.S.A., Belfast, Ireland and Ballarat Australia where he started to tattoo as an apprentice in 1998.

Growing up in Melbourne, Stephen has had a passion for art influenced by his mother, who was always doing some kind of art or craft project. From lampshade making, porcelain doll making and painting.

In 2004 Stephen met his wife Nancy, also an artist, while in Belfast, which ignited his passion again for painting and creating.

Since migrating to Galway in 2009, Stephen has been focusing on honing his tattoo skills and creating new art and sculpture from discarded and found materials, up-cycling as much as possible.